Good afternoon, The Luxury Travel Guide are pleased to announce Tour Guide of Tivoli has been nominated as a potential winner in the 2016 Holiday & Tour Specialist Awards.

The Luxury Travel Guide Awards is an international awards programme in recognition of all holiday & tour options from large operators to small, independent guides. Just two weeks ago I received an email according to I was nominated as a potential winner in the 2016 Luxury Travel Award.

One of the guest I lead on a Tour in Tivoli voted me. Actually I don’t know who he/she is because as many other tour guide I generally have tours with a lot of English speaking travelers coming from alla around the world. Probably my special guest has really appreciated the city of Tivoli and my tour of it, inspiring him/her to tape down my name on the nomination list for Luxury Travel Guide Awards and… I won it.

Congratulations Noemi, you have won Tour Guide of the Year for Rome in the 2016 Holiday & Tour Specialist Awards! 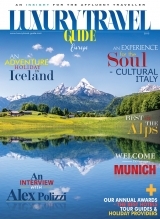 sored by United Airlines, the Luxury Travel Guide – An Insight for Affluent Traveller is a detail and exclusive resource for web users and subscribers, interested in holiday destination and tourism. The aim of the company is to be the leader of travel & lifestyle, giving news, reviews and features to the travelling community.

The Luxury Travel Guide provides readers with an impartial look over holiday destinations, hotels, spas, entertainment, technology and much more, considering  the best of what is available today all around the world.  They release digital magazine publication which give global advice for traveller and one of their most interesting and useful magazine is the The Luxury Travel Awards.

Basically they have been running the voting process over the last year (2015), receiving nomination for individuals & companies throughout Europe. Thay have welcomed people to put forward their nominations. They also contacted almost two million subscribers to invite them to vote for the best experiences they have had during their travel. 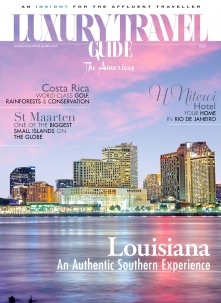 Award winners that have demonstrated success and innovation have gain a place in the Luxory Travel award winners’ guide, which will be distributed to over 500,000 readers.

The winners guide is an online only magazine and will be released in April.

Click here to learn more about the Luxury Travel Guide Award Winners in 2015.

Being the winner is an achievement I am really proud of.

Thanks again my special guest!